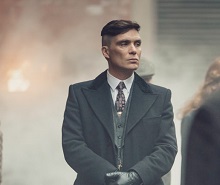 Manchester has enjoyed its busiest year to date for high-end TV drama (HETV).

The city has hosted a range of international productions including projects from Amazon Studios, Netflix, Sony Pictures and FX.

Over the course of the year, the city’s film office, Screen Manchester, processed more than 450 production enquiries resulting in 684 filming days completed across film, TV, music and commercials production.

The total generated in location spend is an estimated £7m, coming from more than 300 productions filming during 2019.

Some of the high-profile HETV projects that utilised the city include World on Fire; The A Word; Cobra; The Stranger, Little Birds, Das Boot; Traces and The Boys and Brassic.

Space Studios is one of the big draws to producers and international filmmakers. The purpose-built facility has more than 85,000 sq ft of high spec stages, with the largest at around 29,600 sq ft.

The sixth series of Peaky Blinders is pre-production at Space Studios now readying for filming in early spring 2020, while Sky’s comedy drama Intergalactic is currently in production there. ITV comedy drama Cold Feet is a regular resident at the site.

Screen Manchester's Bobby Cochrane says, "It has been a blockbuster of a year and only when you see all the projects written down to you realise just how sought-after Manchester is as a place to film the best drama.”

Rob Page, commercial director, Space Studios, told The Knowledge: “Since Screen Manchester launched in 2017 we have been delighted to welcome some of the highest profile dramas to Manchester.

"Bobby and his team have an unique ability to find the most interesting locations and to open these up to producers. Manchester now appears in many guises on screens, big and small worldwide.

"This past year has been immensely busy and the signs are good looking forwards.”

Film adaptation of Matilda to shoot in autumn

World Productions is in pre-production on The Pembrokeshire Murders, a new ITV crime drama based on real-life events.

It’s been a super-busy year for the film and TV industry, as inward investment projects continue to boost the sector’s UK revenue to a record high.

Directors UK has announced that Andy Harrower will replace current CEO Andrew Chowns when the latter retires next year after a decade in the role.

A new drama from the creators of Esio Trot (pictured) is in development as part of the BBC’s commitment to boost disability representation on and off screen in 2020.

The Location Partnership offers a diverse range of locations for film and photo shoots. It's easy to search the location library by type, style or… more Call: 020 7734 0456   |   Add to Shortlist