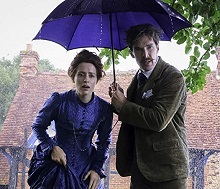 Following our recent round-up of Production Intelligence (PI) highlights of the year so far, here we bring you Part II.

With the help of PI, we take a look at some of the UK-based, high-profile projects that set up shop in the UK in 2019, most of which were exclusive news breaks for PI subscribers.

Will Ferrell’s take on the Eurovision Song Contest is currently filming in the UK and Iceland, but was confirmed on PI in April. The film stars Ferrell, Rachel McAdams, Dan Stevens and Pierce Brosnan. David Dobkin directs.

The next big exclusive for PI subscribers was that spy thriller 355 was set to film in the UK. The starry film features a cast including Jessica Chastain, Penelope Cruz, Fan Bingbing, Lupita Nyong'o and Diane Kruger.

Millie Bobby Brown stars in and produces Enola Holmes, in which she plays the younger sister of Sherlock who becomes a private detective herself. British director Harry Bradbeer is at the helm of the Legendary Entertainment feature.

A Benedict Cumberbatch film is always big news, and in July Production Intelligence was the first to publish the details of Louis Wain, a new film starring the Sherlock actor as the titular Victorian painter, best known for his portraits of cats. Claire Foy co-stars in the feature that is directed by Will Sharpe. 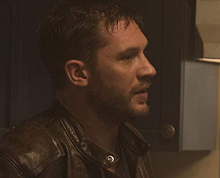 Tom Hardy is currently preparing to reprise his role of investigative journalist Eddie Brock, aka Venom, in the sequel to the 2018 feature.

Michelle Williams co-stars in the film that is due to shoot in the UK later this year, as PI subscribers were the first to hear in August.

PI detailed the project days before the official confirmation, including the shoot dates and key production hires.

ITV has commissioned a series of short films inspired by the Black Lives Matter movement.

New drama from producers of The Bodyguard

World Productions, makers of Line of Duty and The Bodyguard, is working on The Diplomat, a new drama set in the British Consul in Barcelona.

Wales has a long-established reputation as a film-friendly production hub, with hig-profile inward investment projects such as Brave New World among the recent high-profile projects to have filmed there.

War of the Worlds filmed in Bristol locations

A new iteration of sci-fi classic War of the Worlds filmed last year in Bristol, doubling the city for London.

Dream Catering are specialists in TV & Film location catering. We are based in the Westcountry and travel all over the UK to cater for… more Call: 0330 043 6867   |   Add to Shortlist

Driving the highest standards of craft services for the production industry, we work hard to deliver outstanding coffee and food that hits the spot to… more Call: 07871 598162   |   Add to Shortlist

Antonio’s TV and Film Catering- Global Location caterers of distinction. Together, Front of house Antony Zuri and Head Chef Ian Kluth have been in the… more Call: 07500 276560   |   Add to Shortlist

Peckish catering services are a young and vibrant catering company based out of Essex. Specialising in location catering for the TV and Film industry, Peckish… more Call: 07530 665969   |   Add to Shortlist

CLC FILM LOCATION CATERING Exceptional catering from the company that began location work in 2008 and have grown into one of the most progressive and… more Call: 01656 728734   |   Add to Shortlist

CGI Catering can provide a Covid 19 compliant kitchen. As a family run business our 6 core staff have been in isolation together since the… more Call: 01883 338701   |   Add to Shortlist

We can caffeinate your cast & crew, with our freshly ground coffee, from Union Hand Roasted, served from either our quirky little coffee van or… more Call: 07850 455136   |   Add to Shortlist

There's no better way to keep cast and crew happy than to keep them supplied with fresh barista-served coffee and a craft table full of… more Call: 07500 334678   |   Add to Shortlist