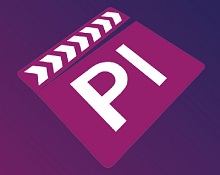 With the UK among just a handful of production hubs in the world that can support multiple big-budget projects at any one time, inward investment films and high-end TV dramas play a huge role in the overall annual production spend.

With the help of Production Intelligence (PI), we take a look at some of the UK-based, high-profile projects that set up shop in the UK in 2019, most of which were exclusive news breaks for PI subscribers.

Marvel has a history of choosing the UK for filming, and at the start of 2019 the US studio giant set up two biggies, Black Widow starring Scarlett Johansson and Morbius with Jared Leto, to film at Pinewood.

Also at the start of this year, PI published early notice about a major new Netflix feature, The Old Guard. Directed by Gina Prince-Bythewood, the comic book adaptation began filming in May at Shepperton Studios with a cast headed by Charlize Theron.

Warner Bros.’ live-action/animated hybrid version of the iconic cat-and-mouse cartoons, Tom and Jerry, was next on the PI exclusives list. Tim Story directed the feature that was based at Warner Bros. Leavesden during the summer shoot.

Another big Warner Bros. film, The Witches, also set up a UK shoot this year. PI subscribers were the first to hear that it was heading this way. Robert Zemeckis was at the helm of the Roald Dahl adaptation that starred Anne Hathaway, Octavia Spencer and Stanley Tucci.

Production Intelligence subscribers had an exciting exclusive in February:  a major new HBO series from Joss Whedon was going to film in the UK. The sci-fi drama is about a gang of super-powered Victorian women and began an eight-month shoot in July. 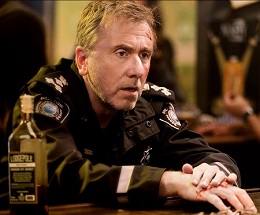 A third series of Kudos’ Canada-set drama for Sky Atlantic, Tin Star, was posted on PI in February,  before the official greenlight announcement.

However, the difference this time was that the series would shift to the UK, both in the storyline and in terms of filming locations. Liverpool is currently hosting the four-month shoot.

Marvel is making a huge impact on UK production spend, and their latest feature to settle into a UK Studio, The Eternals, was listed for subscribers in April, with the UK HoDs also confirmed over the subsequent weeks. Chloe Zhao directs a cast led by Angelina Jolie.

A big Paramount inward investment feature, Infinite, was listed on PI in early May. Originally set to star Chris Evans, the feature is now headlined by Mark Wahlberg and is an adaptation of the novel by D. Eric Maikranz, The Reincarnationist Papers.