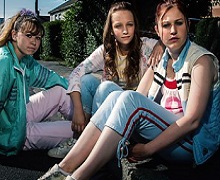 Sorting Fact From Fiction: legal and regulatory issues in factually-based dramas is presented by Abbas Media Law and is held at 18.30 at 01zero-One, Hopkins Street, Soho on 10 October.

The masterclass will cover a range of topics. From conception through to broadcast and beyond, this talk will aim to demystify the legal (defamation, privacy, copyright) and regulatory (fairness, privacy, harm and offence) issues that can arise when telling someone else’s story.

The event is free to PMA members and £30 for non-members. Click here for more details.

The fourth series of BBC Three comedy Bad Education has begun filming on location in London.

« Back to Industry Eye index
Tweets by @TheKnowledgeUK