Studios Spotlight – Behind the scenes at Troubadour 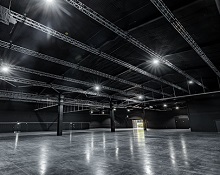 As the latest in our series of Studios Spotlight features, this week we hear from Nick Jones of Troubadour.

Nick tells us about how the company that was originally known for theatre pivoted swiftly and flexibly into providing a range of much-needed studio space in north-east London, with state-of-the-art filming facilities in Enfield and Brent Cross.

Could you explain a little about the history of Troubadour, which was originally known more for theatre and live venues? How did you segue into providing studio space?

Born out of the success of Kings Cross Theatre, and frustrated with the limitations that a typical West End theatre can offer, Troubadour was created to initially provide creatives, producers and audiences an alternative and different way to present and view live theatrical experiences.

As a result we went about designing our own bespoke structures that offer complete flexibility, that have huge loading capabilities, are fully soundproofed and that are fully recyclable: each one of our buildings can be packed up, moved away on the back of a lorry and reassembled somewhere else.

No sooner had we built the first venue in White City, the events, film and TV industries started knocking on our door asking if they could hire them as they are perfect for their industries. Knowing that there was a lack of filming facilities in central London, and due to the speed in which we can build our structures (our average build time is 16 - 20 weeks) we started to look into finding a permanent site that could be solely used for filming.

With the forced closure of all theatres due to Covid in March 2020, and with the film and TV sector able to come back a lot quicker due to not needing a live audience, we expedited our plans for Meridian Water Studios in Enfield and went about building the studios during lockdown.

This pivot away from live theatre means that our venues now very much cater for the whole entertainment sector across, film, TV, events and live entertainment. 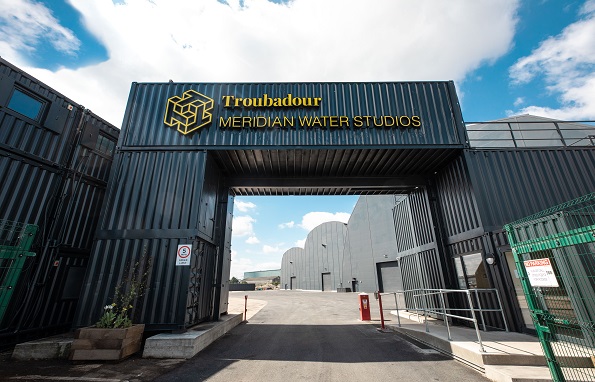 You currently have three studios up and running: Meridian Water Studios, Brent Cross Studios and Wembley Park Studios. Can you tell us a little about each?

Meridian Water Studios is our flagship venue specifically built for film and TV. We have 40,000 sq ft of stage space that demonstrates the sustainability of our venue design, as the structures are made up of 95% reusable materials, some of which were in fact previously used as our Troubadour White City Theatre.

The stages moved across to the Enfield location at the end of 2020, where they will remain for the next 15 years. The build period took under three months and we were open and fully operational by March 2021.

Brent Cross Studios is our newest addition. Formerly Toys R Us, we have refurbished it to our high standards, and it now consists of a 27,000 sq ft studio plus offices and workshops for TV & film. 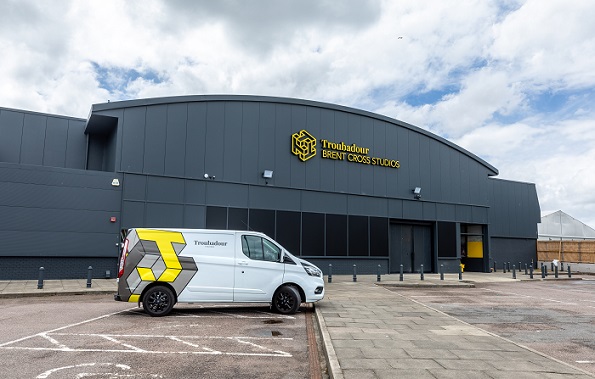 Incidentally, our first hire here was a Netflix immersive event ‘Stranger Things: The Experience’, but once that finishes in January we’ll be returning exclusively to TV & film productions.

Wembley Park Theatre is on the site that was formerly extremely well-known in the industry as Fountain Studios, which over 30 years housed productions such as The X Factor and Britain’s Got Talent.

While it was great to have the flexibility to turn it back into a TV and film studio during the Covid lockdowns, we have now reinstated it as a theatre which is home to the UK premiere of Disney’s Newsies. Although, we do make use of the seating bank and shoot at the Wembley Park Theatre/Studio for live audience shows now and then.

Could you talk us through a few more details of the conversion process?

Troubadour is a privately-funded company with each project funded via our existing shareholders. Although our unique design enables a much faster build process compared to conventional construction, each one of our venues still goes through full planning and requires a high level of scrutiny from building control. 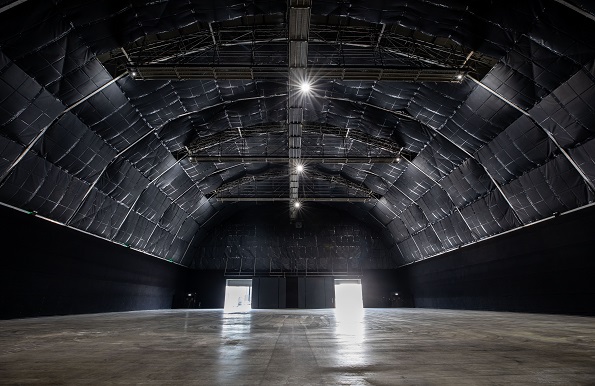 Could you highlight some of the productions that Troubadour has housed?

We’ve had a nice mixture of  feature films, HETV dramas and series plus live audience shows shooting with us. Mike Myers’ new six-part comedy for Netflix, The Pentaverate, had the most interesting costumes and prosthetics, which really tested our air conditioning units!

Whilst Marvel’s Morbius required the build of a full helicopter in situ, Netflix Damsel, starring Millie Bobby Brown, was the most impressive set we’ve seen!

Can you describe some of the pros and cons of being based in such busy parts of the capital?

Location is key to how we choose our sites as we understand the need for producers to be able to attract the right talent both in front and behind the camera. Costs and travel time are vital, but due to property prices in London over the last decade especially, there are very few London-based film studios left of any decent size.

Our purpose-built studios are located right within the North Circular, making travel to our studios highly accessible. Many of our productions have benefitted from being able to put their talent up in top central London hotels and have them on set within 20 minutes.

The local infrastructure surrounding our studios is also another important factor which has been highlighted by visiting crews, given our close proximity to timber yards, rigging and camera companies - and even the likes of Screwfix!

One challenge has been that so many producers are used to going to west London, but I think with the development of other studios in the north east area of London, a new filming hub has emerged. 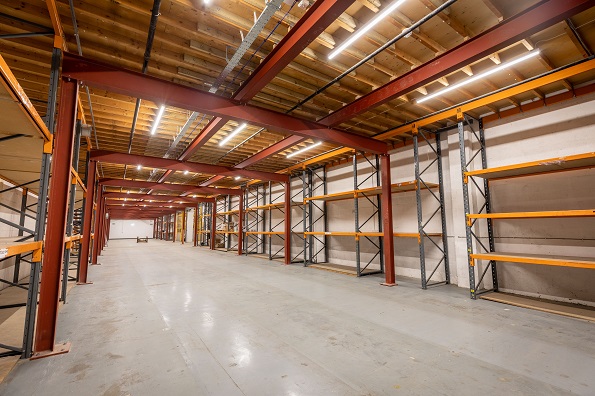 Do you think Covid has highlighted any safety measures that may be adopted long-term for anyone using the studio?

We have always incorporated good ventilation in our studios and offices which is a continued necessity for productions. We also pride ourselves on having adaptable spaces, so when our open plan offices weren’t particularly Covid-safe for one production, we repurposed them by building individual offices and departments which has been very beneficial to all productions since.

We’ve also adapted our practices to allow for safe distances on site between departments and also different productions working at our venues simultaneously.

What would you say are the standout offerings at your studios?

• The versatility of our structures, high weight loading and flexible rigging capabilities.

• Central London location with top London hotels being less than 20 minutes away.

• Our comfortable and spacious purpose-built 20,000 sq ft production offices are always a big hit with producers too. They include onsite canteen and catering facilities which crews always appreciate!

• Being a small company, our focus is on ensuring producers and crews enjoy working at our studios and our friendly, client-focused operational team is a testament to this. 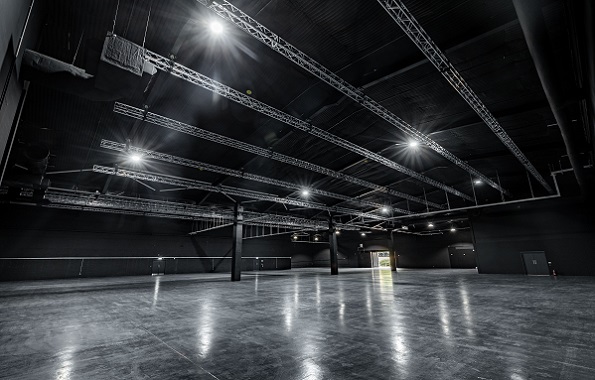 Have you any plans to add to the Troubadour studio portfolio?

Absolutely! Meridian Water Studios will be expanding by 2024. The new phase will add a further 100,000 sq ft of studio space, production offices, workshops and back lot.

We are also returning to White City with a new multi-purpose entertainment venue which will include another sound stage suitable for live audience TV shows, shorter TV and commercials shoots.

With many thanks to Nick Jones of Troubadour for his help in compiling this article. Full contact details for Troubadour Studios can be found on p39 of our World of Studios UK 2023.