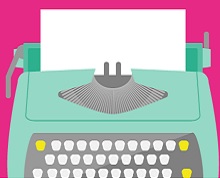 The BBC’s Writersroom scheme is opening its next Open Call submissions window on 9 November; the window is open until 7 December at 12 noon.

The Open Call programme is the BBC’s system for receiving unsolicited, original scripts during distinct date windows, after which the scripts are assessed intensively by a team of script readers and the BBC Writersroom team, and a shortlist is drawn up.


Various opportunities are then on offer for the shortlist group of writers including the Drama Room and Voices development group.

Those submitting can be new to writing or new to the BBC, or maybe a playwright looking to write for TV. Or perhaps a radio drama writer who would like to write for CBBC.

The BBC is especially looking for distinctive voices - and scripts that express those voices – and characters who are well rounded and consistent and who drive the narrative rather than serve it.

Your script must be finished and ready; the team is not looking for early/first/rough drafts.

The selection team is not looking for projects to commission or produce; rather to develop and nurture the writers themselves.

For more about the genres sought, the length and format of scripts, how to submit, the do’s and don’ts and other specifics, click here.