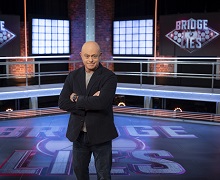 The development was co-funded by the Scottish Government, through Screen Scotland and Glasgow City Council.


STV Studios is the first client to utilise the new facility, with the second series of BBC One quiz show Bridge of Lies set up for a three-week residency; other productions are booked in to follow.

Covering a footprint of 10,500 sq. ft, Kelvin Hall can accommodate both long-term residencies and spot bookings for a range of entertainment shows across multiple genres. The sound and lighting galleries are the largest that BBC Studioworks has built across its entire UK footprint.

Sustainability has been a key theme of the site development with the studio having been designed without dimmers to support LED and low energy lighting technology. The reduced heat generated by the low energy lighting has enabled the use of air-source heat pump technology for heating and cooling, and the ventilation plant has class-leading efficiency using heat recovery systems. 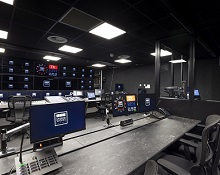 "Adding to its rich and varied history, Kelvin Hall now boasts a purpose-built studio facility which is futureproofed with cutting edge and industry leading technology.

"The fact that we have the production powerhouse, STV Studios as our first client is testament to the world class quality of the facilities and this unique space which now exists as part of Scotland’s rich creative landscape. We are proud to continue Kelvin Hall’s amazing legacy which has spanned many generations, complimenting the creative sector here in Glasgow and helping Scotland’s creative communities thrive.”

David Mortimer, managing director of STV Studios, said: “Having already transformed part of Kelvin Hall – one of Glasgow’s most iconic venues – into a three-storey prison set for our Channel 4 drama Screw last year, we’re thrilled to be the first production company to film at BBC Studioworks’ impressive new purpose-built studio next door. 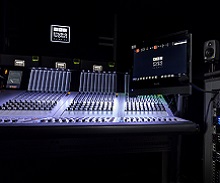 
“Working with BBC Studioworks, the Scottish Government and Glasgow City Council across the last three years on the redevelopment of Kelvin Hall has unlocked a whole new level of television production from Scotland, to be led by Scotland’s phenomenal independent producers.