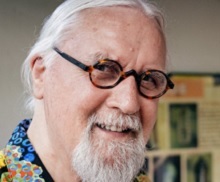 Billy Connolly Does... The Decades (6x60') sees the Big Yin reflect on how politics, celebrity, sex, TV and football have changed over the last 50 years.

Reilly said: "UKTV have been brilliant in having the confidence to let this series flourish under its simple ambition to show that regardless of time or age, Billy is still the best company to hang out with.

"He never stops being funny or surprising and there is always a new tale to be told that floors you with its comic brilliance.”

Connolly added: “I love this series, who knew that the secret to making TV was hanging out at home, eating biscuits, drinking tea and blethering on about the past?”