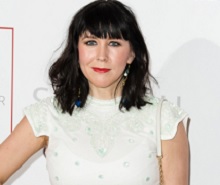 A sci-fi rom-com, Timestalker centres on Agnes (Lowe) – a hapless heroine reincarnated every time she falls in love with the wrong man…


An ensemble cast - Natasia Demetriou, Sam Riley and Jacob Anderson were the names originally announced - will feature in the violent comedy, playing different characters in each historical time period featured.

Lowe previously said of the project: “I am thrilled to be working with WEP again and so excited to wrangle this crazy adventure that's been lurking in the back of my mind for over a year.

“I want to bring to audiences the concept driven comedy that I enjoy but haven't seen on screen for a while. It's going to be colourful splashy and wild. I can't wait.”