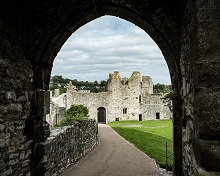 The Winter King will be delivered as 10 episodes and will shoot in Wales and the West Country over seven months. Portraying a revisionist take on the well-loved Arthurian legends, the series follows Arthur Pendragon as he evolves from outcast son to legendary warrior and leader.


The Winter King is set in the 5th century, long before Britain was united, in a land of warring factions and tribes when the world was brutal and lives were often fleeting.

Bad Wolf produces in association with One Big Picture, with international distribution being handled by Sony Pictures Television.

Kate Brooke and Ed Whitmore are adapting Cornwell’s original material for the series with Otto Bathurst as lead director.

The Knowledge recently reported that Bad Wolf had submitted a planning application to build a set for the drama near the site of a disused quarry in Chepstow.

The new fund will support projects delivering high-quality skills and training projects within the creative industries.