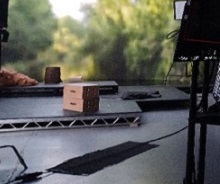 Speaking at a special behind-the-scenes event (28-29 June), Thomas Hoegh, CEO and founder of Garden Studios, said that the plan is to build the additional virtual production stage at their site and have it operational by the fourth quarter of 2022 or early 2023.

A further three virtual production bays will be built and expected to be operational by August for MetFilm school students based at the site, and emerging film-makers “to try out virtual production on their projects,” added Hoegh, who is co-founder of MetFilm.

“Garden Studios opened its virtual production LED stage for business 15 months ago. Since then, we have completed more than 40 different and diverse productions. We are now planning for the next stage of that journey. This will include the construction of a new, larger virtual production stage expected to open for business in the early new year.  A new building is currently being fitted out to house this stage,” added Rich Phillips, Garden Studios CTO, in a statement sent to KFTV.

“But we are also doubling down on VP training and education in partnership with our sister company MetFilm by building three fully equipped virtual production training spaces - making them available not only to our MetFIlm students but also to emerging filmmaker talent and interested industry professionals. The training centre will open later this year within our Greenhouse facility.”

Filming on The Narrows

Virtual production allows filmmakers to use walls made up of LED panels that, with the help of a game engine, display real-time backdrops and visual effects, all directly on set.

The Narrows (pictured)  is a period drama, directed by Tom Edmunds (Dead in a Week), written by Samuel Pinney and produced by Daniel-Konrad Cooper (Dunkirk), about a young woman who disguises herself as a boy to join the crew of a narrow boat as they transport a dangerous cargo to the man responsible for her father’s death.

“The combination of location shooting and virtual production has worked really well. We’re getting scale from the landscape and then adapting it on stage, using a smaller crew and achieving high production values,” said Cooper.

“The advantages of shooting some scenes on the virtual stage include: not worrying about continuity or what’s on in the background because we can maintain it; we can communicate with the cast between takes and they have time to prepare in a warm environment. Also, we’re not filming at night-time because on a stage you can make it look like day or night, so our hours are 9-6pm, which is a treat.”

This article first appeared as an exclusive on our sister site, KFTV.