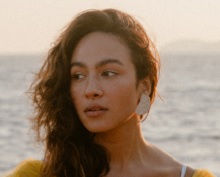 The 10-part series comes from The End of the F***ing World writer/creator Charlie Covell and is a reimagining of Greek and Roman mythology, set against thematic backdrops of gender politics and power.

The drama, which is produced by Sister Pictures, has taken a few years to go from commission to production. Georgi Banks-Davies directs; the exec producers are Covell, Chris Fry, Banks-Davies, Jane Featherstone, Tanya Seghatchian, John Woodward and Nina Lederman.

Sister is as busy as ever: currently in active development are Eric, a Netflix thriller from Abi Morgan set in 1980s New York, and Passenger, a darkly comic horror for ITVX written by Andew Buchan set to film next year.

Details on all these projects including key HoDs and shoot dates, are available to subscribers on Production Intelligence. Non-subscribers can click here to book a free walkaround of the site.

Pistol, Danny Boyle’s series biopic of iconic band The Sex Pistols, filmed across a variety of London locations for Disney+.

With 20 years' experience as specialist suppliers to the Film and TV industry we are in a unique position to offer a comprehensive range of… more Call: 020 8573 7717   |   Add to Shortlist