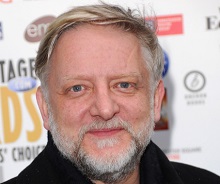 Anand Tucker directs the film from a screenplay by Patrick Marber; Marber has adapted the script from Anthony Quinn’s novel, Curtain Call, a pastiche of 1930s crime writing.

The period drama, a murder mystery set in London, centres on theatre critic Jimmy Erskine, who becomes embroiled in blackmail and murder, played out against the backdrop of Soho’s sleazy theatreland. Paapa Essiedu plays his assistant.

EPIX has greenlit a return to the period drama Belgravia from Carnival Films, this time set in 1865, 25 years after the Julian Fellowes original.