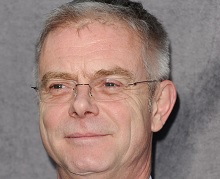 The two, high-profile docs form the centre of the anniversary season.

50 Years of Pride (w/t)  will examine history of the movement in the UK and is made in collaboration with Oscar-nominated filmmaker Daldry and playwright Joe Robertson.

The film will be told through first-person testimony and archive footage.

April Ashley (w/t) is a feature documentary about the life of the trans woman trailblazer. Ashley, who died last year at the age of 86, was one of the country’s most prominent transgender women – a model, dancer and restaurateur whose life took her from the slums to wartime Liverpool to a world of celebrity friendships, a landmark divorce trial, and an MBE for services to equality.

Both films will tx around Pride’s anniversary on 1 July.

Other content commissioned to mark the 50-year landmark includes a Celebrity Gogglebox featuring Rylan, Nick Grimshaw, Anne-Marie and Paul Sinha and a two -part doc called Outed: George Michael and the Fight for Freedom, which will re-examine the pop icon’s 1998 outing as a gay man and how he refused to be ashamed.

All 4 will also air a specially-curated tranche of content including My Beautiful Laundrette, Shiva Baby and Rocketman.

Louisa Compton, head of news, current affairs, specialist factual and sport, who is overseeing the Pride season, said: “Channel 4 has been responsible for more outstanding LGBTQ+ content over its 40 years than any other public service broadcaster -often commissioning content others wouldn’t touch, from award-winning dramas It’s A Sin, Queer As Folk, and Brookside to innovative factual stories including Football's Coming Out, Genderquake, and Hollyoaks: Gay Dads Forever.

“It only seems fitting that at this important moment for LGBTQ+ history in the UK we do what we’ve always done, double down on our commitment to agenda-setting programming with exciting new commissioning and All 4 firsts. The announcement today is only the start of the Channel’s year-round Pride celebration – plenty more to come in due course.”