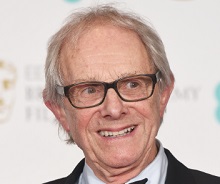 When an influx of Syrian refugees arrives, drawn by the cheap, available housing, it throw ups questions about how the community will receive the new arrivals and the future of the village pub, The Old Oak.