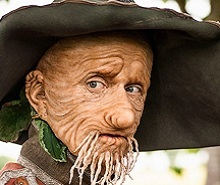 The free-to-attend course has been designed to fast-track industry professionals with related experience to become line producers.


If you have experience as a production manager, assistant producer, location manager or production accountant, this could be your next step.

In addition to the training course there are up to 12 funded ‘Step-up’ placements available for eligible participants.

The course is taught by a highly-experienced line producer in Children’s TV and is aimed at ensuring that UK productions have access to a cohort of skilled and educated professionals who can bring increased value to the production chain.

This training is supported by the ScreenSkills Children’s TV Skills Fund with contributions from UK children’s TV productions.

Applications for the course close at 11pm on Sunday, 13 February; they will be assessed on a rolling basis so early applications are encouraged. Notifications will be by Wednesday, 16 February.

For more details including an application form, click here.

Screenskills has launched its HETV Return to Work programme for production roles, for freelancers looking to get back into production.