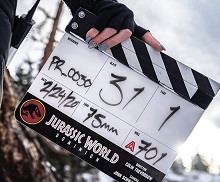 The Knowledge's sister site KFTV is hosting a webinar called Is Sustainable Production Possible? on Wednesday December 1 at 16:00 BST with some of the biggest industry names in sustainability and production set to discuss all the key issues affecting the industry.

Hemini Mehta, Sustainability Lead at the European Broadcasting Union
Hemini is an experienced technical professional in all things digital with an angle on Sustainability. She has been with the EBU for five years overseeing the overall sustainable strategy and managing two groups – Sustainability for Public Service Media and Green Production. She also has a presence in academia, from lecturing and examining to mentoring PhD candidates.

Louise Marie Smith, Sustainability Manager on Jurassic World: Dominion and No Time to Die
Smith has worked for more than 15 years as a consultant in environmental science and management, previously for government agencies, before making the switch to film and TV and setting up Neptune Environmental Solutions in 2007. She has since developed relationships with US studios and worked on high-profile features including Disney’s Into The Woods, MGM/Eon’s No Time To Die and — for Universal Pictures — Fast & Furious 9, Hobbs & Shaw, Last Christmasand Jurassic World: Dominion.

Melanie Dicks, founder of Greenshoot and the Green Screen programme
Melanie is a film producer, who for the last decade has championed the drive towards a carbon neutral filming industry. She is the Co-founder at Greenshoot and led on the design and implementation of the online platform Green Screen with industry producers, stakeholders and crew. To date Green Screen has been used in 24 countries and had reached over 14,000 crew. She also runs the content creation company Fingerprint with Jessica Hines.

Philip Holdgate, Head of Production Sustainability at ITV Studios
Holdgate has been at ITV for 24 years, originally joining the Yorkshire Television ITV franchise as a trainee production accountant. His current role has the global remit to implement ITV’s Social Purpose Climate Action strategy across all the broadcasters productions worldwide – spanning 55 ITV-owned production companies in 12 countries.

Michael Moffett, Managing Director, Production Service Network
Michael co-founded the Production Service Network (PSN), a one-stop shop built to help producers determine where best to film overseas and whom to rely on for local support. The network of service companies is working towards implementation of sustainable productions all over the world. 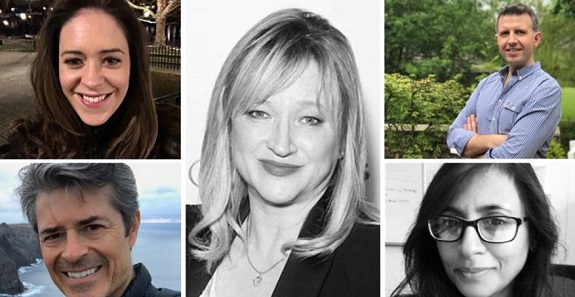 Chris Evans, News & Locations Editor of KFTV, World of Locations, International Production Guide and Screen International, will be moderating the Talk, which will be available to watch the day after the event (December 2).

This Talk is sponsored by the Production Service Network

Screen Suffolk, the official county-wide film office for Suffolk, has reported its busiest year to date, with 243 filming days being recorded in 2021 -  a 72% increase on filming in 2020.

Filming got underway in London this week on the third in the series of Strike adaptations with Tom Burke as eponymous detective Cormoran Strike.

Crystal Palace Park in south London hosted one of the largest shoots it has ever dealt with when it doubled for Central Park, NYC, during the filming of Morbius in 2019.

Filming has begun on Crossfire, a new three-part BBC One and TVE drama starring Keeley Hawes from Dancing Ledge Productions.