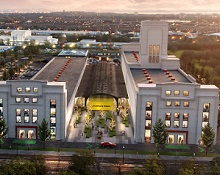 The long-awaited plans for a major studio development in Liverpool are finally going ahead.

A report requesting permission of plans to invest £70m in redevelopment of the Littlewoods building is due to be placed before Liverpool City Council’s Cabinet on 3 December.

The report proposes to kick-start a major redevelopment in two phases, with approval being sought to begin an £8m remediation of the building in early 2022.

If approved, phase one will take about a year and include gathering funding from the Liverpool City Region Combined Authority to be granted to developers CAPITAL&CENTRIC to carry out site investigations, remediation and main scheme design works. The £8m required is part of a wider £17m funding package previously agreed by the Combined Authority, £3m of which has since delivered The Depot studios located on an adjoining plot.

While, for phase two to proceed a fully-costed funding package is required, with the council and combined authority projecting to both invest £12m and a commercial lender being sought for the balance. 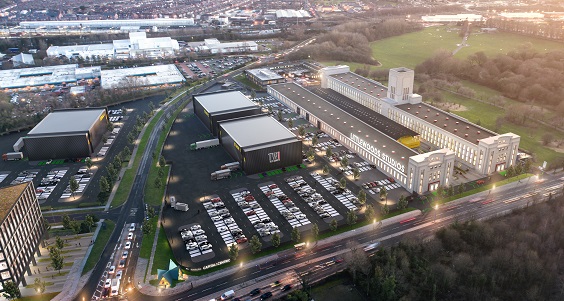 The scheme has two proposed major anchor tenants in Twickenham Studios and Liverpool John Moores University attached. The arrangement would provide a direct link between academia and industry which would be the largest facility of its type in the UK.

The Littlewoods Studios scheme would comprise:

85,000 sq ft of studio and ancillary space for Twickenham Film Studios, to be operated by TIME+SPACE Studios.

75,000 sq ft of education space proposed for Liverpool John Moores University to deliver a sector-leading Entertainment Technology Centre to ensure local young people develop high-level skills to work in the industry.
A further 95,000 sq ft of flexible employment space for creative industries, which will be advertised to market for expressions of interest. 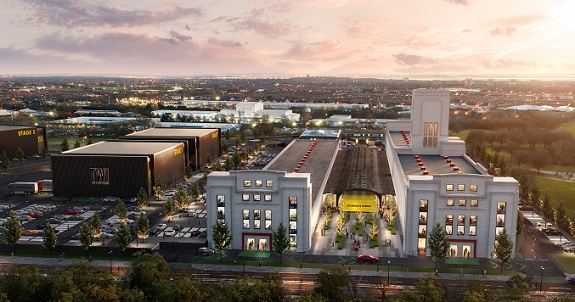 Littlewoods Studios would also complement the recently completed Council and Combined Authority funded studio, known as ‘The Depot’. These two 20,000 sq ft temporary filming stages, managed by the Liverpool Film Office, only opened last month and have already taken a flurry of bookings from a wide range of clients.

It is predicted that The Depot alone will create a £24m economic boost for the regional economy, creating 360 new jobs and 760 indirect jobs and forms part of Liverpool’s 10 post-pandemic pledges to stimulate growth.