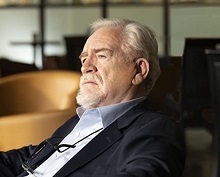 Brian Cox will make his directorial feature debut with Glenrothan, a “love letter to Scotland” in which he will also star. Lionsgate and Nevision are co-developing the project.

The award-winning actor – currently garnering raves for Succession – will call the shots from a screenplay by creator David Ashton and co-writer Jeff Murphy.

Set against the backdrop of a thriving distillery town in the Scottish Highlands, Glenrothan tells the story of two estranged brothers reuniting in the land of their birth. The last time they spoke was on the day of their mother’s funeral when, following a violent exchange with their father, the younger of the two left their Highland home for America.

Forty years later the brothers finally re-unite, back on Scottish soil and in the village that houses the family business - the Glenrothan Distillery. Glenrothan is a story of family, forgiveness and the bonding alchemy of whisky.

Cox said: “Glenrothan is my homage to the elements that make Scotland such an extraordinary country, where vibrancy and majesty of the land is expressed through passion and desire – balanced by the Scot’s deep-rooted humour and grasp of the absurd. I want to make a film which combines all the elements, to show my own deep love for the homeland.”

Zeiger added: “Glenrothan was conceived with Brian in mind. Without question he is one of the most powerful actors of his generation. However, having worked with him in front of the camera, I knew that his extensive knowledge and vision would elevate the film even further were he to also direct the movie. Emma Berkofsky at Lionsgate agreed, and an exciting collaboration was born. Personally, I’m thrilled to be working with Brian again.”