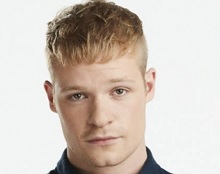 Mammoth Screen is making the four-part series in association with Masterpiece and ITV; seasoned scribe Gwyneth Hughes has written the drama.

The picaresque story centres on foundling Tom Jones, played by Solly McLeod, as he journeys through life on a series of romantic interludes and misadventures. Sophie Wilde stars as Sophia Western.

Hughes said: “Tom Jones is the mother of all romcoms and isn't that just what we all need after the last couple of years of misery? It's a story where the sun barely stops shining, where love conquers all, and at its warm heart stand a pair of young sweethearts everyone can root for.

“Henry Fielding's 18th century novel is sexy and fun; it's also a dramatic rollercoaster, addressing so many modern concerns around consent, sexual equality and the pursuit of happiness. Tom and Sophia over- come enormous obstacles before finding their way home and to each other.

“This is a classic adaptation with a wise soul and a great big smile on its face.”