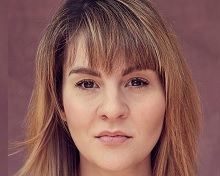 The hour-long single film is based on the true story of the people behind a campaign of direct action that lead to significant steps forward in the battle for disabled civil rights in Britain.

Jack Thorne and Genevieve Barr have written the drama, that tells the story through the eyes of Barbara Lisicki (Madeley) and Alan Holdsworth, two disabled cabaret performers who met at a gig in 1989 and would go on to become the driving force behind DAN - the Direct Action Network, whose fearless and coordinated protests pushed the campaign for disabled rights into the spotlight.

The drama is made by Dragonfly Film and TV and One Shoe Films. The executive producers are Thorne, Richard Bond and Tom Pullen. The directors are Bruce Goodison and Amit Sharma.

Madeley, who recently finished filming The Almond and the Seahorse with Rebel Wilson and Charlotte Gainsbourg, said of Independence Day: “To have the opportunity to play such an incredibly powerful character and tell such an important story is honestly a dream, especially within the context of disabled, deaf and neuro-diverse history.

“As soon as I saw the script I knew this was going to be something so special and I couldn't be happier to work with Jack and Gen on a drama that deserves to be front and centre on screen.”

Thorne added: “Ruth Madeley is one of those rare actors who take scripts and turns them into something else. She does things with words and makes human and fragile, even the smallest thing like putting on a kettle. I emailed two people when I was offered the chance to tell this incredible story - one was Genevieve and the other was Ruth. We wrote every word for her and we love her and I’m so excited to work with her again.”

Holborn Studios has provided definitive studio hire for 40 years. Currently there are 7 studio spaces for day hire, we have a broad range of… more Call: 020 7490 4099   |   Add to Shortlist