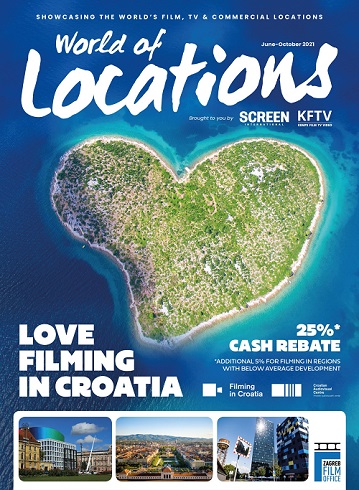 The new issue of KFTV and Screen's World of Locations magazine (June to October 2021), dedicated to surveying the global production landscape, is now available to read.

As countries around the world host film, TV and commercial productions again, Woorld of Locations provides you with comprehensive insights on each location, including what's filming where, the latest with new and expanding studios, incentive updates, where to find crew, and much more.

The team has spoken to a vast array of industry professionals, including globe-trotting location managers, local film commissions, and budget-conscious producers who have shot in these territories, to give you invaluable on-the-ground insights.

These include  details about securing permits, hiring equipment, bringing in crew, working with translators and the time it takes to actually realise the money from a cash rebate.