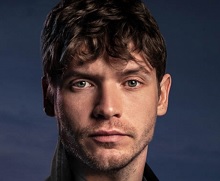 The second run is called A Sword in my Bones, and is based on an original story by Gaby Chiappe.


Billy Howle has been mooted to return as Detective Nigel Strangeways. He said of the recommission: “I am thrilled by the reception to The Beast Must Die. A lot of hard work by all the cast and crew went into making the first original drama for BritBox, during a pandemic, and it seems to have paid off.

“I would relish the opportunity to take on the role of Strangeways again and am really excited by the prospect of this next chapter.”

When the first series launched on Britbox in late May, they became the best-performing launch of 2021 for the streamer to date.

Will Harrison, BritBox UK MD commented: “We are all immensely proud of our first original, scripted drama and the reception it has received from critics and subscribers alike. We are working closely with our partners at Scott Free and New Regency to explore what may lie in store for Detective Strangeways.”

The first series – based on the book by Nicholas Blake, aka Cecil Day-Lewis - filmed for ten weeks from late August last year, on the Isle of Wight.