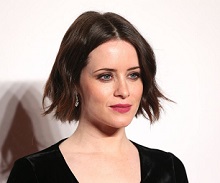 The 8 x 60 modern-day crime fable centres on two warring families – the Marlows and the Wyatts - pitted against each other amid the unsettling landscape of the Thames Estuary known as ‘The Edgelands’.

The series has been created by Tony Grisoni and Simon Maxwell and will begin filming in the autumn. The pair executive produce alongside Foy.

Motive Pictures was founded in 2019 by CEO Simon Maxwell, previously head of international drama at Channel 4. It is backed by Endeavor Content.

Foy said: “I’m delighted to be a part of this compelling thriller. Tony and Simon’s scripts are so evocative of place and redolent with atmosphere - and the twists, turns and mysteries at the heart of this drama are utterly gripping. Evie Wyatt is such a captivating, complex and beguiling character, much like the enigmatic ‘Edgelands’ which she calls home, and I can’t wait to get to step into her shoes.”

Writers Maxwell and Grisoni said: “The Thames Estuary’s ‘Edgelands’ offer a unique and extraordinary world of mud, sea and infinite sky; of broken politics and dreams – the Thames mouth is at once a gateway to the world and the last wild frontier of our island existence. Marlow is a uniquely homegrown saga, a character driven crime epic about where we’ve come from; who we are now; what we might become.

“We are thrilled to be working with the extraordinary talents of Claire Foy and, as the home for the boldest new British drama, BritBox is the perfect home for our show.”

You, a shiny new Sky One drama from writer Ben Chanan, has begun filming in Europe, with a production base in Berlin.

The Film and TV Charity has relaunched its Looking Glass Survey, two years after the 2019 research project first revealed serious mental health issues within the industry.

Work has begun to build two new sound stages and ancillary workshops on the site of the former Big Brother house at Elstree Studios.

Another huge new studio for London

London is set to get another major new film and TV studio as the demand for content and studio space continues to swell.