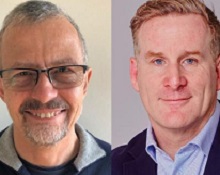 Their remit is to provide structured support for Pact members through the creation and delivery of regular workshops and resources aimed at helping N & R indies with the overall development of their businesses and productions.


Indies based in the nations and regions make up almost 40% of Pact’s 600 member companies. In 2020 Pact launched the Growth Accelerator, an online resource offering a one-stop-shop of information and tools accessible to indies wherever they are based in the UK.

Pact CEO John McVay said: “Our expanded focus on the nations and regions over the past few years has enabled us to identify where best to concentrate our investment. The appointment of Nick and Jules with fantastic business and production-specific skillsets will enable us to work with our members in the Nations and Regions to help them to achieve growth in a post-pandemic world.”