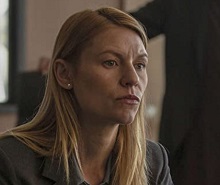 Danes replaces Keira Knightley - who pulled out in October – as Cora Seaborne, a widow who leaves late 19th century London with her young son to begin a new life in Essex.

Rumours reach them from the coastal village of Aldwinter that the mythical Essex Serpent, once said to have killed people in the local marshlands, has returned.

Local news outlet Essex County Standard reported that the village of Alresford Creek will provide the fictional setting of Aldwinter.

See-Saw is busy in production on two other dramas: a hefty adaptation – also for Apple – of Slow Horses, from the series of novels by Mick Herron about Jackson Lamb, a brilliant but exiled intelligence officer who ends up in M15's 'dumping ground' department due to career-ending mistakes. The lengthy shoot began in London late last year with Gary Oldman as Lamb and Olivia Cooke, Kristin Scott Thomas, Jack Lowden and Jonathan Pryce among the cast.

Also currently shooting for See-Saw is the second series of short-form drama State of the Union, this time set in Connecticut and starring Brendan Gleeson and Patricia Clarkson. As with the first series that starred Rosamund Pike and Chris O’Dowd, the series is written by Nick Hornby and directed by Stephen Frears for Sundance TV.