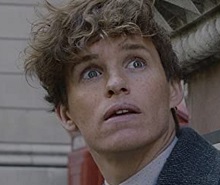 It is not known who the affected team member is, now in self-isolation, but Warner Bros. Pictures confirmed that the result had shown up during the ongoing testing programme that is in place for all crew and cast members.

Filming began on the feature last September, postponed from its original start date of last spring due to the pandemic. Eddie Redmayne stars alongside Jude Law and Mads Mikkelsen, who replaced Johnny Depp. Shooting is based at Warner Bros. Studios Leavesden.

In a widely-reported statement, a spokeswoman said: "The diagnosis was confirmed as a result of required and ongoing testing that all production employees receive, and the team member is currently in isolation.

"Out of an abundance of caution, Fantastic Beasts 3 paused production and will be back up in accordance with safety guidelines."

Productions all over the UK are working to extremely strict and regularly-updated safety guidelines as published last summer by the BFC, so projects having to halt temporarily is not an uncommon occurrence.

BGFX Ltd is and award winning prosthetics and makeup effects facility based south east of London. Company Directors Barrie and Sarah Gower have over 20… more Call: 01322 837797   |   Add to Shortlist

Mark Coulier, Creative Director of Coulier creatures FX Ltd, has been involved in Special FX Make Up for 25yrs and has over 40 film credits… more Call: 07973 115018   |   Add to Shortlist