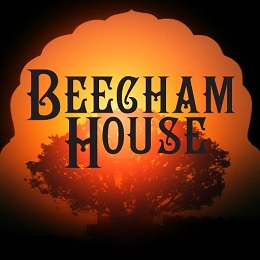 The six-part drama is set in the late 18th century and follows former British soldier John Beecham as he tries to settle his family in India.

Malaysia has developed a reputation in recent years as a double for Indian story settings, partly because India itself is known for being a challenging production environment and lacks formal filming incentive support.

However, for director and co-writer Gurinder Chadha, the unique visuals of India could not be replicated elsewhere in the world.

“One of the things about India that existed long before the British came along and carried on long after they left, and will carry on, is their architecture, the palaces, the forts,” says Chadha.

“We have used many, many shots of those amazing buildings and that is India, for me. You cannot shoot that anywhere else.”

The production team had a degree of creative freedom when it came to the aesthetics of Beecham House itself.

“The late 18th century was a pre-photographic era with the only visual records of the time captured by imperialistic painters who had a tendency to depict colours and images of India that weren’t really there,” says Michael Ralph, the drama’s production designer, in comments to The Knowledge.

“For Beecham House the key was deciding the colour palette and to give the house the sense of a history beyond the basic architecture. We designed the centre courtyard to evoke a feeling of tranquillity that would lend itself to different moods depending on the time of day.”

While there was some flexibility with the drama’s main story settings, securing locations in Rajasthan was a challenge.

“Local hotels and businesses didn’t necessarily understand the workings of a TV production so a couple of times we were asked to change our shoot dates with just a few days’ notice as a venue was suddenly looking to accommodate another event,” says Ralph.

“We had a dynamic and very responsive local crew led by co-producer Rakesh Singh.”

For Chadha, the challenges of shooting in India were tempered by previous production experiences in the country.

“Shooting in India is not easy,” she says. “It’s not like waking up in your own bed with your family and going into work every day, which is manageable. It’s not sleeping properly, it’s hot and dusty, dealing with a very large crew and hundreds of extras. It’s exhausting.

“The Indians are very loud. There’s always noise everywhere so your brain gets quite frazzled. Luckily I’ve made three films there and worked in India extensively so I know how to get the best out of my Indian crew, and at the same time help my British crew through the experience. One of the beautiful things about this shoot was how the two camps gelled so well.”

The British TV industry continues to build its relationship with the Indian production sector. At the beginning of last year a Memorandum of Understanding was signed between Pact in the UK and the Producers Guild of India.

Telegu film shot on the Isle of Wight

An Indian film in the Telegu language was shot in various Isle of Wight locations over the New Year period.

Writer/director Stephen Merchant is heading up The Offenders, a new 6 x 60 for BBC One and Amazon Prime.

The Location Partnership offers a diverse range of locations for film and photo shoots. It's easy to search the location library by type, style or… more Call: 020 7734 0456   |   Add to Shortlist

Amazing Space is one of the UK's leading providers of commercial, industrial and high-end residential locations to the film, photographic and event industries. Amazing Space… more Call: 020 7251 6661   |   Add to Shortlist