The UK TV sector in the global market 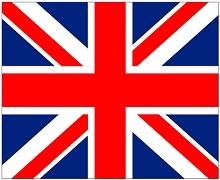 Westminster Media Forum is hosting a seminar called ‘The UK TV sector in the global market: competition, partnerships and opportunities’ in central London on 15 January.

The morning event is an opportunity to discuss the potential impact of major changes in the global TV market on the UK sector, including producers, channels and public service broadcasters.

The event will highlight the opportunities and successes in the UK industry in the face of increasing, highly-funded international competition and in the context of Ofcom’s recently-closed consultation on the future of the prominence regime.

Planned sessions will cover what more might be done to address the challenges facing UK broadcasters and content commissioners in attracting and retaining audiences, as well as in developing and supporting their business models.

Subjects under discussion are likely to include the implications of increased consolidation and the expansion in content and distribution by newer players.

Delegates will also consider what is required from policy and business practice to secure the position of the UK as an exporter of content and services, and as a centre for production, as well as assessing opportunities for the TV production sector in the UK afforded by the global increase in content output - focusing on investment in facilities and skills, and the demand for distinctive content.

Click here for more details including how to book your place.

As the Edinburgh International TV Festival approaches – it takes place 24-26 August - we preview some of this year’s highlights.

Channel 4 returns to The Indie Accelerator

Channel 4 has launched its second Indie Accelerator in partnership with the TV Collective, aimed at supporting eligible ethnically diverse-led indies that have not had a Channel 4 linear commission in the past five years.

More »
« Back to Industry Eye index